SCHOR NEO (Drop-In) Class
(The Biggest and the Baddest)

The SCHOR NEO HO slot racing class is open to racers of all experience levels as long as the entered car is in compliance with the following rules, and provided that you have the required "large attachments" to handle it. 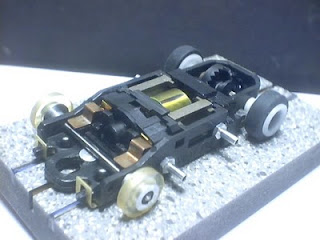 Must meet all SCHOR General and Modified
rules except for the following:

2. Motor ball bearings and shunt wires may be used.

3. Sanded chassis bottom and traction magnets with any spacers are allowed.

4. Ball Bearings on front and rear axle are NOT allowed.

5. Tyco 440x2, Tomy Super G+ and Panther cars may run a rear NEO plate, as defined as a reinforced rear end modification of non-conductive material which cannot extend beyond the vertical plane defined by the front edge of the traction magnets. 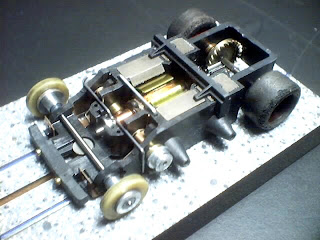